James Joule (1818–1889) England, verified Ohm's Law and determined that the heat delivered by a conductor is directly proportional to its resistance and to the square of the current through it.

We see, therefore, that when a current of voltaic electricity is propagated along a metallic conductor, the heat evolved in a given time is proportional to the resistance of the conductor multiplied by the square of the electric intensity.

Electric power from the definition of power. Multiply by one and commute the variables in the denominator. Look at what this gives us.

Power in terms of current. Remove the voltage by substituing from Ohm's law. 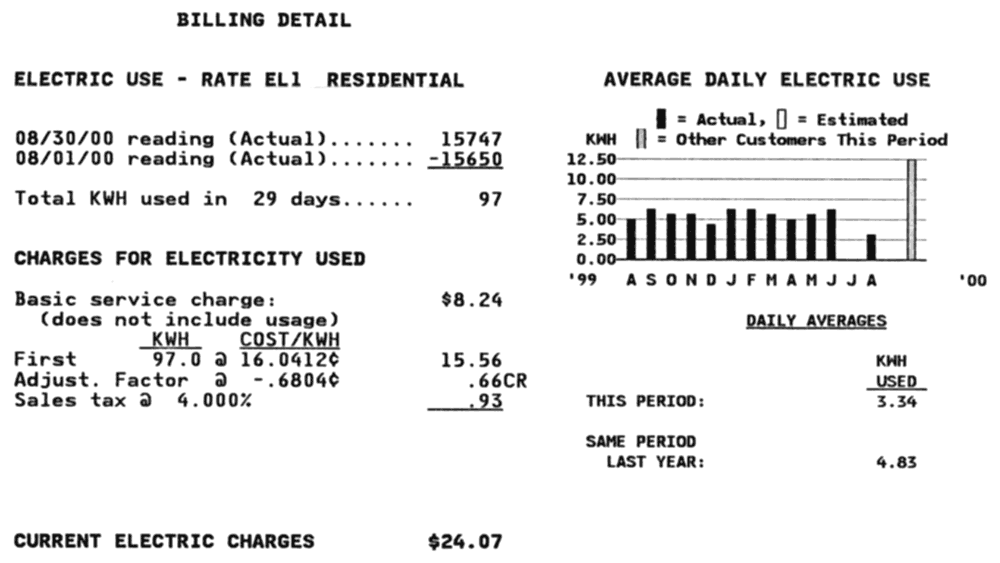 A portion of a residential consumer electric bill. Utility companies sell electric energy by the kilowatt hour; a unit that simplifies calculating operating costs for electrical devices. The energy consumed during this particular billing cycle was quite small (when compared to similar consumers), but the rate charged by this utility was approximately double the US average in the year 2000.